Moving Forward, One Step at a Time

Tiffanie is no stranger to the challenges of change. Having battled and maintained her sobriety after a history of substance abuse, she’d made the decision to turn her life toward a future where she could be the best mother she could to her children, J (12 years old) and N (4 years old). Since joining the Community of Hope family, she’d found stability that had been missing for most of her life and was determined to find a way to pay it forward to others who were facing similar battles.

END_OF_DOCUMENT_TOKEN_TO_BE_REPLACED

Family homelessness has become all too common as the global pandemic has withered finances and support options. For some, though, the stay-at-home orders have had an even darker effect: confining children and adults in abusive situations that school or work would otherwise have provided refuge from, and a limited number of emergency housing options to get out. One such family was referred to Community of Hope, a mother and four children who were living in their van. They’d been referred to our case manager Nicole for assistance through our Safe Overnight Stay (SOS) program by Brevard 2-1-1. Nicole reached out, and quickly realized that this was a family that both needed SOS placement and would be an ideal fit as Jen explained their situation, shame and sadness coloring her words.

Their story was unfortunately known all too well to so many families. Jen* had been in an abusive relationship, but with four children could not simply leave. The time came, though, that she knew that things could not continue the way they were and they had to escape. No matter the cost to her, she was going to protect her children. One day, while her boyfriend was at work, she packed a backpack for each child, placed it on their back along with the barest of supplies in their van, and headed out of town. With no clear idea of where she was going, all she knew was that she was that she could not go back- the only way was forward.

Not knowing what lie ahead and with very little money in her pocket, she drove and held onto her faith.  She arrived in Cocoa.  Shortly after doing so, she contacted 2-1-1 and with their guidance found employment as a cook/dishwasher.  It paid enough to put gas in their van, provide fast food meals, and a hotel a couple times a week to take showers… but no more. It kept them afloat, but would never be enough to save sufficient funds to move them all into their own place.

As Nicole moved them into the SOS unit in North Brevard, Jen was beyond thankful. The sound of her voice changed from sadness to having a glimmer of relief. Relief that her children would have a bed to sleep on and she would be able to cook a proper meal. She called Nicole to thank her over and over for just giving them this opportunity. As soon as they arrived, her kids went straight to the backyard and began playing - the parks had been closed due to Covid-19. She said she got to have a moment where their faces lit up, and for the first time in months, they got to be just that...kids.  Kids with no worries or stress.  Kids that were running around laughing and playing.

But the clock was ticking for the program, as it is designed to be a short term intervention that finds a longer term solution. They had stability but the work was just beginning. Jen and Nicole started a task list of things that needed to be done and from that created a plan of action.  They worked well and worked hard, together. During discouraging moments, Nicole would refocus Jen and tell her to take a deep breath and just pray.  Making contact several times a day, they checked off tasks one after another- including an assessment Nicole entered into the county-wide assistance database. Although no evictions or criminal history were on her record, Jen did not have the best credit history so finding a landlord that was willing to take a chance was one of the steepest barriers.

Nicole reached out to a landlord that she had made connections with in previous months, to see if he had anything available. As fate would have it, he had a property that was being remodeled and would be available the day that would mark Jen’s exit from SOS.  If that wasn’t amazing enough, the property was located right in the center of all three schools that the children were currently attending- close enough to walk to. It was a four bedroom home and the location was EXACTLY right where they needed!

Jen took a ride over to view the property and she called me with excitement but didn’t let herself stay excited long, as the reality of not being 100% approved and not having the funds to move in leaving her hesitant to hope.  Nicole and the landlord spoke and she explained the situation more in depth and honestly, and without hesitation he agreed to help.  It was hers! The last hurdle was move-in funds. Nicole went to the CHAT Team, a cooperative group of homelessness prevention group made up of members from a variety of organizations, and requested an out of cycle approval for this family for funding assistance. With all of the families in need, it was a long shot, but within a few hours, the email came that they were APPROVED and had the funds to assist them to move into their home.  The lease was signed, however the sum total of their belongings were the few items that were still in the van.  Nicole reached out to friends, beginning a domino effect.  One person’s post on a local neighborhood board and brought communities together.  Crystal Lake and Wingate in Melbourne Beach, along with a few other local families gathered up bedroom furniture, bathroom necessitates- anything and everything to furnish a home.  They even went the extra mile to collect money for items that the family for needs that weren’t donated including gift cards for local groceries shops.

It took everyone pulling together to give this family the chance at a new life away from abuse and fear: Jen, Community of Hope, and the surrounding people who embraced them as neighbors.

Life Can Change in an Instant

This month, we want to introduce you to one of the families we had the pleasure of serving through our Safe Overnight Stay (SOS) program. Click below to hear their story!

END_OF_DOCUMENT_TOKEN_TO_BE_REPLACED

We are excited to offer our Annual Impact Report for 2019! END_OF_DOCUMENT_TOKEN_TO_BE_REPLACED

Last Saturday, December 14th was the Community of Hope Christmas Party!  A celebration of community and the many gifts of the season, it was well attended by many of our families as well as member of the Board of Directors. A potluck meal was provided, while bites of food were mixed with visits with Santa and Mrs. Claus.

END_OF_DOCUMENT_TOKEN_TO_BE_REPLACED

From the Desk of the Executive Director 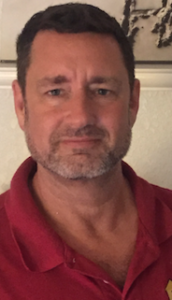 Throughout my professional life, whether educating college students, counseling children and families, or now helping homeless families secure and stay in housing I have noticed a common theme: the more meaningfully connected a person is to others, the more likely they will have successful outcomes.

END_OF_DOCUMENT_TOKEN_TO_BE_REPLACED

A Community of Stories

Here at Community of Hope, we are blessed to have many positive connections throughout Brevard County. Never was that more apparent than at our annual Gala, held at the Hilton Rialto. Members of the community and representatives from organizations far and wide came to support our mission and celebrate the many different ways we have worked together to touch the lives of countless families in need. Greg Pallone was the Master of Ceremonies, curating the event with charisma and aplomb. END_OF_DOCUMENT_TOKEN_TO_BE_REPLACED

Camp Hope is a Go!

We are pleased to announce that Community of Hope’s application on behalf of Camp Hope for funds through HUD’s Community Development Block Grant (CDBG) was accepted! The money will go towards this coming year’s Camp Hope programming, which begins its first session in December.

The CDBG’s primary objective is to provide help the community through housing, education, and revitalization programming. The initiatives should benefit low to moderately incomed families and individuals, with the purpose of providing services and opportunities that would not otherwise available to them. In supporting the most vulnerable members of our community, they support the community as a whole.

END_OF_DOCUMENT_TOKEN_TO_BE_REPLACED

We are excited to announce that our Safe Overnight Stay (S.O.S) Program, a partnership with the Brevard Homeless Coalition, Inc, has received a wonderful donation from Hope for North Brevard, Inc as part of their 40 Days of Generosity campaign, where the City of Titusville’s community came together to make a difference for their citizens.

END_OF_DOCUMENT_TOKEN_TO_BE_REPLACED

We want to recognize those who selflessly share their time and talents with our residents and organization. END_OF_DOCUMENT_TOKEN_TO_BE_REPLACED